What is Audience Yearly Household Income?

Written by Tanya
Updated over a week ago 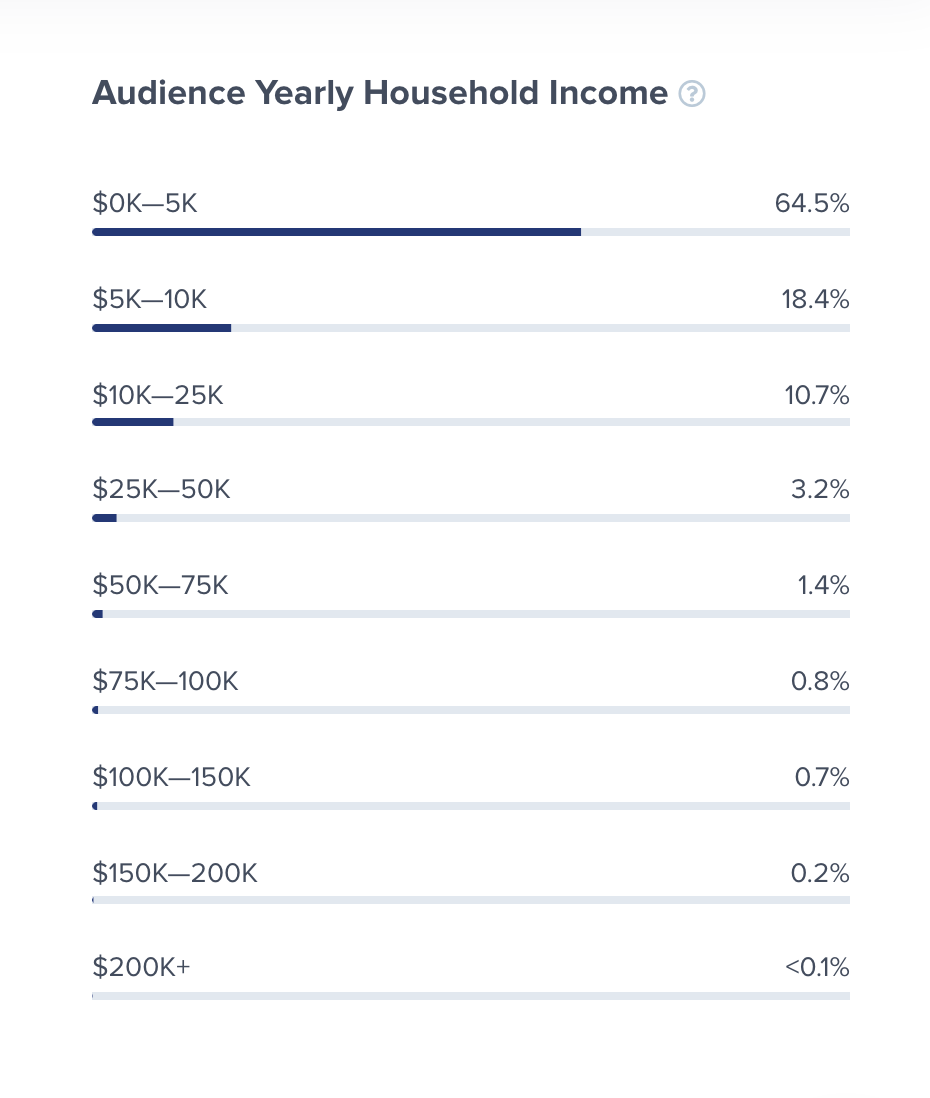 In order to evaluate household income, we use AI algorithms based on publicly available income data and the account’s audience location, gender, and age. This metric is calculated in US dollars.

Thus, the model that HypeAuditor has built is based first of all on the median household income for each country, as well as for all US states.

Similarly, the median income was adjusted based on open data about the dependence of income on age and the distribution of the influencer's audience by age.

Next, the theoretical distribution was applied to income buckets:

After that, the distributions data were weighted by the audience shares with the given geo and were united into one general distribution corresponding to all geo of the influencer.